You Can Only Keep 10 or Limiting My Criterion Collection

It was an odd question.

“Let’s say you must lose all material possessions except for ten of your Criterion Collection Blu-Rays. Which ten titles do you keep?”

I rolled my eyes and shrugged the question away. There is no way I could ever limit myself to only ten Criterions! But the silly question inspired me to really think about the movies I have via The Criterion Collection. Which are my absolute favorites? Which titles do I watch the most? Which do I value above others? Could I narrow it down to only ten movies? Would I have to organize them in some order of preference? No. I would not be able to rate one more valued than the other.

My friend did not frame her question with the context of a desert island. If she had I would have countered back with obvious challenges of having a monitor, BluRay Player and electricity to run both. No. The question was simply which ten I would keep above all others. Ideally I would smuggle a few more titles with me. Yes. I would most definitely find a way to sneak a few more under protection under my hoodie. No one would be the wiser. Most certainly not the friend who posed the question. After much contemplation, here are my most treasured members of my Criterion Collection… 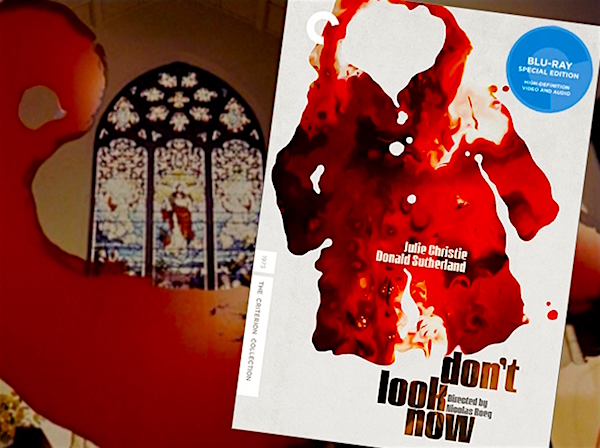 I think there tends to be one common thread in the choices I have made from my Criterion Collection: Identity. It seems to me that the idea of identity is at the core of all we pursue in life. One could easily argue that food gathering, sex and conflict are the shared drivers for the beings called human, but it is within the pursuit of these needs that much of our respective identities take form. It is both amazing and a little horrifying how identity is challenged and altered by drivers, circumstances and experiences. Films that delve into the psychology of identity vary in genre and philosophy, but often provide endless interpretation.

Surreal films like Buñuel’s Belle de jour, Roeg’s Don’t Look Now, Polanski’s Repulsion, Altman’s 3 Women and Breillat’s Fat Girl find new ways of exploring the inner workings of how our identity forms, survives and sometimes crumples. Allegorical, metaphorical and symbolism reign supreme in these films. Repeated viewings offer fresh perspectives and understanding. A documentary like Grey Gardens works brilliantly in the hands of the Maysles Brothers. The use of Direct Cinema offers insights into mother / daughter dynamics as well as a humanistic study of adapted survival. Altman’s Nashville is satire, but as this experimental epic unwinds the ideas of damaged identities are pushed by societal and cultural pressures that have only become stronger in the 40+ years that he made his film. Don’t Look Now is far more than a horror film. It does haunt and stirs dread, but it also captivates in its eloquence of exploring human nature under the sway of reawakening hope.

America caught in a scary moment points us to an even more horrific future…
NASHVILLE
Robert Altman, 1975

Two other common elements are the uncomfortable mixture of humor and horror. Lars von Trier’s controversial Antichrist offers up skin-crawling levels of disturbing images that are almost impossible to watch — yet the elements of dark humor and surrealism move our attentions away from the grotesque. If we look, listen and think — the strange film offers perspectives on a number of topics from cultural misogyny, the intimacy of marriage and the tragedy of grief. Nashville, 3 Women, Fat Girl and Grey Gardens allow us to chuckle as much as they make us squirm. 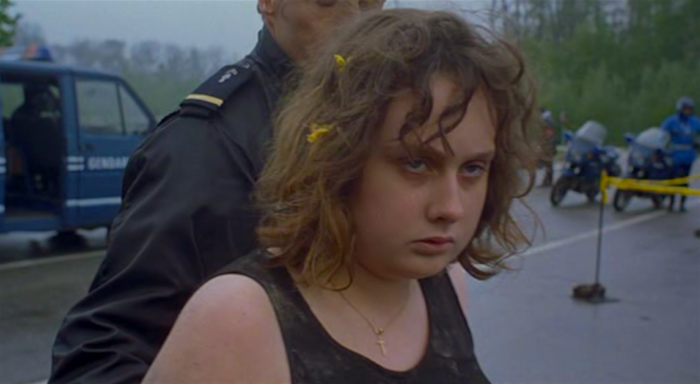 I am not assigning these titles in any particular order because I am unable to really rank one of these films over another. Each film is exceptional, but some do work better than others. Louis Malle’s experimental and surreal Black Moon is of interest despite itself. This film is very much a reflection of European tension and confusion resulting from sociopolitical revolutions, challenges and fears of its time. Much of the political has been lost over time. What remains is a tipsy and uncomfortable take on Alice in Wonderland. The film may be flawed, but it is extraordinary.

It would be challenging to think of two films that are more hinged to the times in which both were made. And yet, both of these Cult Film remain powerful and equally unsettling. Repeated viewings are never dull. Revisiting these two movies is as much fun as it is disorienting. 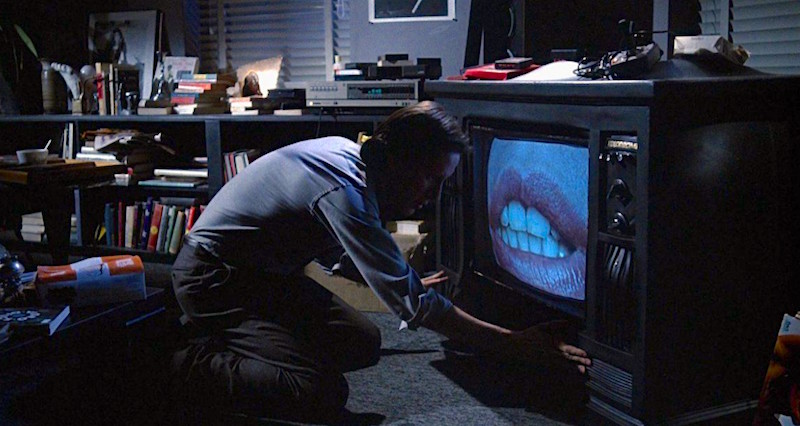 “What are you waiting for, Lover?”
Videodrome
David Cronenberg, 1983

The ideas of identity are taken to whole new levels with the three films listed above. Each of these movies are totally unique. And each of these iconic films offer three very different experiences. The only one I feel the need to defend is Nagisa Oshima’s In the Realm of the Senses. Does he push the use of unstimulated sex and violence too far? Yes, but that is also his point. If you are over 18 years of age, this movie offers an astounding and masterful study of the horrors of sexual obsession and repression.

“Now is the time for a digression in which to describe our heroes’ feelings…”
Band of Outsiders
Jean-Luc Godard, 1964

It hurts my feelings to imagine my world without Dressed to Kill, Harold and Maude, Satyricon, 8½, Jules et Jim, Red Desert or Valerie and her Week of Wonders. But I can only get away with sneaking so much. Even if I were to slip into my Large sized hoodie — it would most likely be obvious if I had more than 5 titles hidden behind the zipper.

“But no sooner was she back on shore, when…”
Red Desert
Michelangelo Antonioni, 1964

But who am I fooling? I would most definitely try to sneak Gates of Heaven into my ownership. Hell, I would also grab Branded to Kill and Eraserhead. I would then make a run for it. I’m sneaky like that.

Musings on Mainly Movies from a Table 9 Mutant

Reviews, Essays and Analysis of Film and Art By Adam Scovell

A growing archive of stills and more

Up From The Deep

A personal exploration of the history, architecture, and signage of San Francisco's central city.

The Culture Of Now

One man. Millions of movies.

A Place for Tattoo Artists, Enthusiasts and Collectors

WordPress.com is the best place for your personal blog or business site.